The Quick Escape button appears on every page of our site in case you need to quickly leave our site if you are afraid that an abusive spouse/partner, family member or carer may be monitoring your computer use - it will redirect your browser to www.bom.gov.au website.

Update: The Disability Royal Commission has released a summary of responses to its issues paper on Employment. 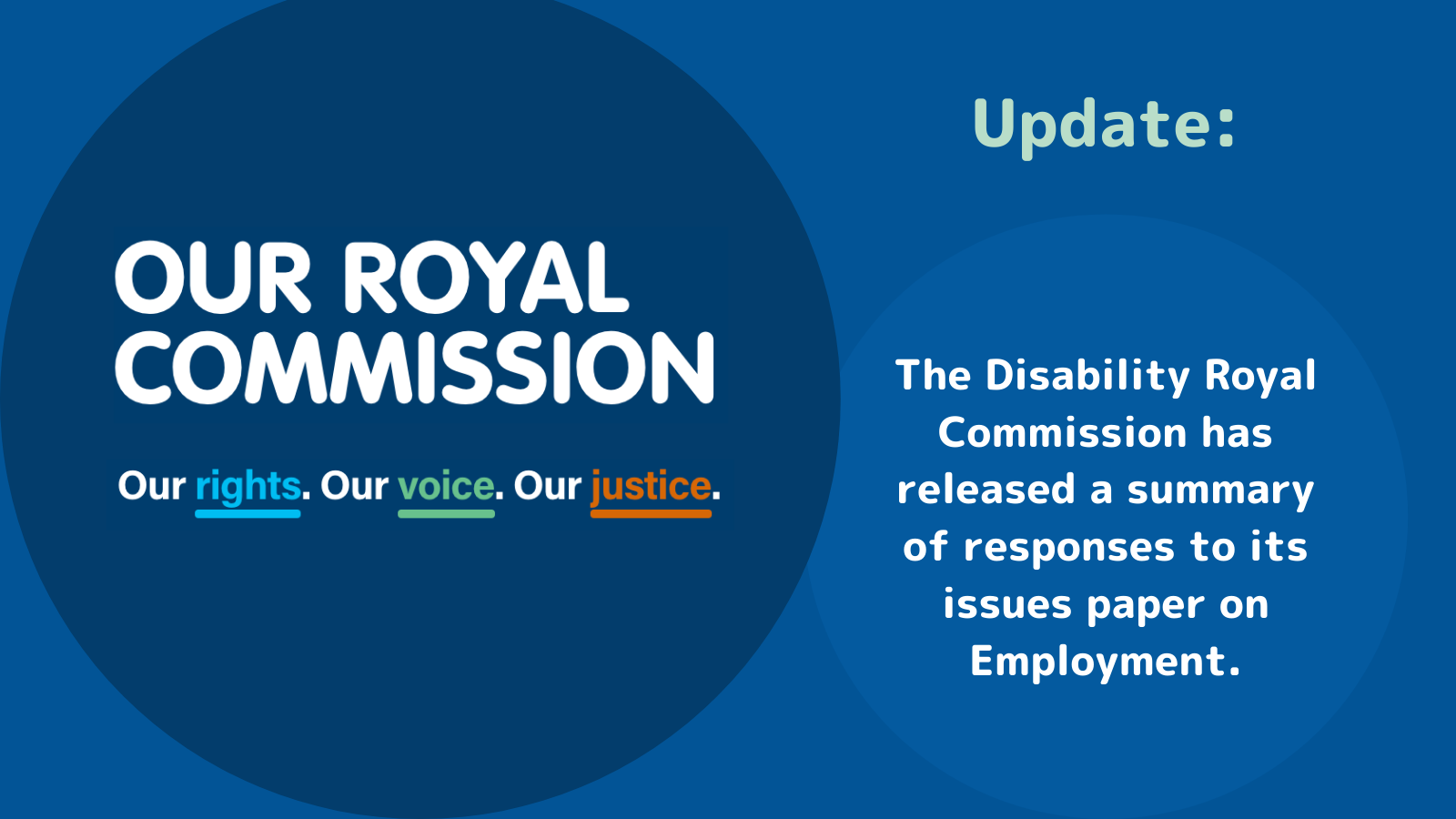 In a summary of responses to the Disability Royal Commission’s “Employment issues paper” published today, several respondents singled out Disability Employment Services (DES) and raised numerous concerns about their design and implementation.

Several responses pointed out that the very service that was established to assist people with disability find and keep a job, is falling far short of what it was set up to do

The most frequently mentioned problems were a lack of appropriate support, poor client outcomes, and clients being placed in jobs that did not match their skills, interests or abilities.

The Royal Commission has also been told that DES are not achieving long-term outcomes, with some job placements ending abruptly or only lasting for the duration of government subsidies.

Respondents have explained that some DES providers focus resources on participants more likely to get a job, a concept sometimes called ‘creaming’; provide little assistance to more disadvantaged jobseekers, sometimes called ‘parking’; and then cycle or ‘churn’ participants through activities and providers without achieving long-term results. Such practices can place young people with disability at increased risk of violence and abuse, and in some cases can drive exploitation, violence and abuse.

Some respondents described how DES consultants they dealt with lacked specialised disability knowledge or qualifications, and failed to act in the client’s best interest.

The sister of a woman with an intellectual disability from a culturally and linguistically diverse background said DES providers failed to communicate important information to her, set up inappropriate placements, and did not provide support. She said these issues were common across their experience of using five different DES providers.

She also reported that most, if not all, of the employment resources provided for people with disability are only in English, the information is overwhelming and constantly changing, and this can make it difficult to understand.

The Royal Commission has also been told that often DES providers have high caseloads, are under-resourced and experience high staff turnover rates.

Read the full overview of responses to the issues paper on their website.

Director of Media and Communication

Stay up to date with the latest